Why Bitcoin is unstoppable? 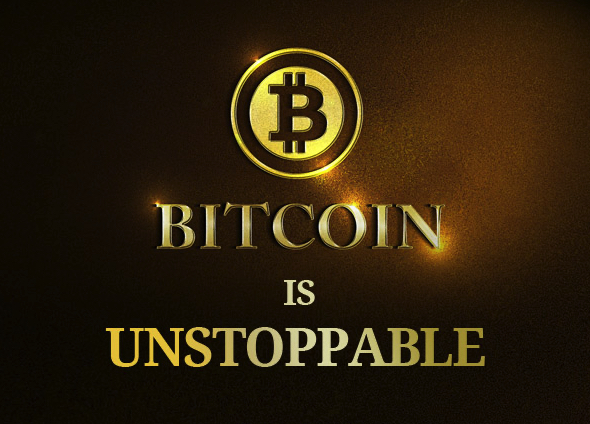 Bitcoin is a decentralized digital currency that operates on a peer-to-peer network. This means that there is no central authority controlling the network or managing transactions. Instead, all users are equal participants in the network, each with the ability to validate transactions and maintain the integrity of the blockchain.

One of the key reasons for Bitcoin’s decentralization is its consensus mechanism, known as proof-of-work. This mechanism ensures that no single individual or group can control the network, as it requires a significant amount of computational power to add new blocks to the blockchain. This computational power is spread out among many different miners, making it nearly impossible for any one entity to gain a majority control.

Another important aspect of Bitcoin’s decentralization is its open-source nature. The code behind the currency is available for anyone to view and use, and there are many different implementations of the protocol. This allows for a diverse ecosystem of developers, users, and businesses to contribute to the development and growth of the network.

The decentralized nature of Bitcoin also makes it highly resistant to censorship. Because there is no central point of control, it is difficult for governments or other organizations to shut down the network or prevent transactions from taking place. This has made Bitcoin popular among individuals and organizations that value financial privacy and freedom.

In summary, Bitcoin’s decentralization is a key feature that makes it a unique and powerful digital currency. It ensures that no single entity can control the network, and that it is resistant to censorship and other forms of interference. This makes it an unstoppable force in the world of digital currencies.

So the is no way to stop BTC?

While Bitcoin is highly decentralized and resistant to censorship, there are still ways in which it could be stopped or hindered.

One way would be through a 51% attack, in which a single miner or group of miners gains control of over 51% of the network’s computational power. With this level of control, they would be able to manipulate the blockchain and prevent new blocks from being added, effectively halting transactions on the network.

Another way would be through government intervention. Governments have the power to regulate or ban the use of Bitcoin and other cryptocurrencies. This could be done by making it illegal to mine or use Bitcoin, or by blocking access to the peer-to-peer network.

However, it is important to note that these scenarios are highly unlikely and would require a lot of coordinated effort and resources to be successful. Bitcoin has proven to be resilient in the face of previous attempts to shut it down, and it’s likely that it would continue to adapt and evolve in the face of any future challenges.

In addition, it’s important to keep in mind that there are other decentralized cryptocurrencies and blockchain projects that can take over if something happens to Bitcoin, making it hard to completely stop the decentralization process that started with Bitcoin.