Yeah, the kids can use a BTC visa card now as well!! 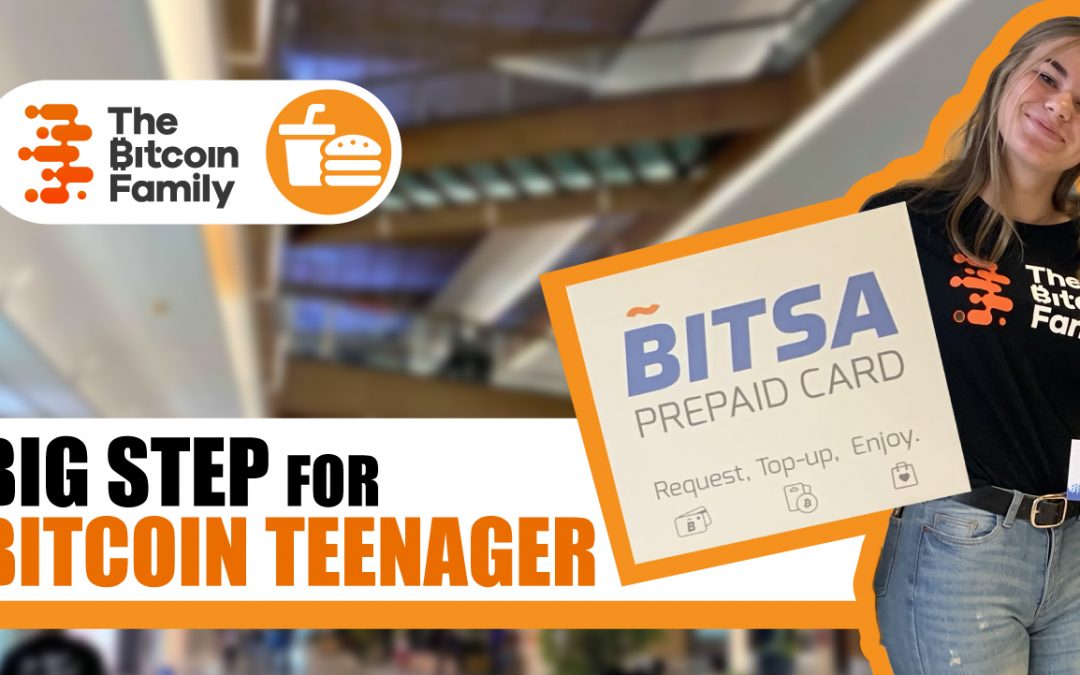 Up till now one of the biggest issues we have during our travels is that our kids have a Bitcoin wallet but they can only use it at places where Bitcoin is accepted directly. This has now changed !

We pay the kids allowance in Bitcoin using the lite.im wallet. The kids all have their own wallet and  use it when they order stuff online or exchange btc to cash at a BTC ATM or pay for goods when shops accept BTC direct. Normal kids of the age of 14, 12 and 9 already have a bank account with a bankcard that they can use everywhere over the world. In Bitcoin we are, sadly enough, not that far yet and if we could have learned anything from the bank it is the following.

What did banks do better than Bitcoin?

Wow  a big step and you were happy because  you were able to get that plastic card you could use all over there world. You  could buy your first snack, candy or nike shoes on your own without asking money from your parents. This was a huge change in your life and that’s why you will never forget that bank because they made that huge change  possible for you!

This is exactly what we need to do in Bitcoin as well. Every time a kid gets born we should send the parents a link to open a BTC wallet for the kid and tell the parents to start saving in that BTC wallet. When the kids turns 12 they will have a BTC wallet and at that time he will be able to use his (probably increased in value, no financial advise haha)  BTC wallet all over the world. Yes this is the future but that doesn’t help my kids at the moment.

Up till now my kids used my BTC debt card to pay for stuff in stores when they can’t use their lite.im wallet, but we found a solution for our oldest daughter Joli.  The solution is a BITSA young card.  At Bitsa, kids from the age of 14 can now have a BTC prepaid Visa debt card and this changes a lot for Joli. She can even buy a voucher to top up her Bitsa card in Fnac, Carrefour and hundreds other physical and online stores and then buy video games, clothes and everything she wants. She can even share expenses with her friends and Transfer to another “Bitzer” from the same Bitsa App, INSTANTLY AND FOR FREE

How does it work ?

I send her allowance to her Lite.im Bitcoin wallet where she Hodl’s her BTC because she has full control on the private key, then when she wants to spend BTC in a store she sends some BTC to her Bitsa young card and then she can spend her BTC everywhere where Visa is supported!  Yeahhhh, financial Freedom is what Joli shouted when she received the card.

Not, yet Joli, hahaha It’s total financial freedom when we can spend our Bitcoins directly without any third party solution but for now I am very happy and thankfull that Bitsa provides the youth of this possibility because we all need to understand that the youth has the future!  They will be the biggest users of cryptocurrencies in a few years times and the youngest children will even never use physical money.

The youngest kids will grow op in a digitalized world where everybody pays everything with their phone or a chip in their hand. Do you really think so Didi ? Yes, most people around the world are earning and spending money without ever touching it. In fact, economists estimate that only 8% of the world’s currency exists as physical cash. The rest exists only on a computer hard drive, in electronic bank accounts around the world. The future is clear and if I was you I would download a BTC wallet right away so that you will get full control on your funds and nobody will ever be able to close your account, confiscate your BTC or keep you from spending them!

Bitcoin is providing us of financial freedom in many ways, so what are you waiting for. Click on the link and set up a BTC wallet in a few steps. It’s not difficult if you are used to using Facebook messenger or telegram. Give it a try!

Want to have a Bitsa young Card?

We will do a GIVE AWAY in tomorrow’s (Wednesday 4 dec 9pm CET) video. What do you need to do?

Like and share the video and tag one of your friends and be ready to start using BTC everywhere where visa is accepted!