It’s important that our children experience other cultures 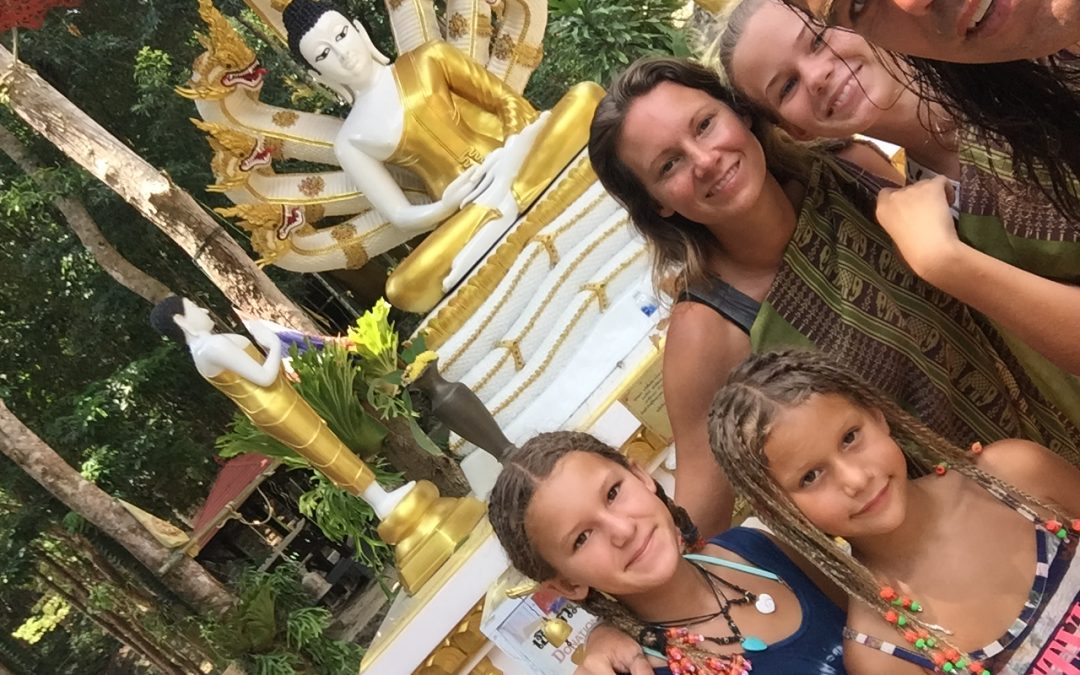 Respect someone for who he/she is.

This is not always easy since there are so many different people on this planet and not everyone thinks like you do. Although we can be so different, first try to understand why before you judge them. But how can you understand someone when you have no idea what his or her motivations are for acting in a certain way?

A large part of one’s motives comes from his / her culture. There are many different cultures and by experiencing these cultures yourself it will be more easy to understand. By letting your children experience other cultures now, we believe that this will contribute positively to the rest of their lives. They will know why someone does or doesn’t do something in a certain way. Through this knowledge, understanding arises and this creates respect. You do not always have to agree with each other, but we can give each other the respect that everyone deserves.

When we travel through Indonesia our kids will discover the Islam religion, when we travel through Thailand they will meet Buddhism religion, In India and Bali, they will learn many things about Hinduism. In Australia, they learned which values the aboriginals religion has and in new Zeeland could see the Maori religion. Yes, there are many more religions but what the kids discover by taking them there is that they are all people and all the same. They just believe in different things and in our opinion that’s positive and we teach our kids what the positive things are of every religion instead of the negatives things because it’s only negative in your eye’s but not in theirs. Mutual respect is very important in life.

Let’s give an example. If you are eating in a restaurant in China you might hear people burping and making a lot of other sounds while they eat. In the western part of the world, we teach our kids that burping or slurping is not done and really rude. So your kids might end up thinking that for example, Chinese people are rude people but as strange as it may sound, burping is not considered rude in parts of India and China. Burping after a meal shows a sign of appreciation, satiety and being well fed. In Japan, slurping is considered polite. It’s also an indication that the food is good. You’ll look weirder for not slurping your noodles. Can you imagine how much fun it is to go and eat with your children and allow them to slurp and burp, hahaha. In some religions, it’s not ok for different genders to hug and in others, man kiss each other on their cheek when they meet. Kids need to understand why they do it like this and respect those people for it instead of making fun of it. The more people they see doing it all over the world the easier it becomes for them to understand it’s totally normal. These are just a few examples and we could name many more of them but maybe you could mention some in the reactions below this article.

Why we visit temples?

This is one of the reasons why we visit temples and many other religious spots with our children. This time we were in Koh Phangan in a very nice small temple, Wat Paa Sang Tham which we would recommend visiting with kids. You will get some free bananas and water and of course, in return, they love you to buy a lucky bracelet or do a donation etc. The kids were dressed in sarongs to hide naked shoulders and they got to light up incense sticks and offer them. They learn that they always need to use three sticks when offering. In Thailand, it’s often said that the three incense sticks pay homage to the Triple Gems: Buddha, Sangha, Dhamma. They learned that in Buddhism, incense acts as an offering to Buddhas, or enlightened ones, as well as a symbol for various aspects of Buddhist belief and an aid to positive thoughts and actions. So basically they learned that these sticks are not just used to give your house a nice smell, hahaha.

So we had some fun while they learned some things and that is in our opinion the best way to educate kids while traveling and again teach them that yes we all have different believes and live by them but at the end, we are all just humans which need to respect each other.